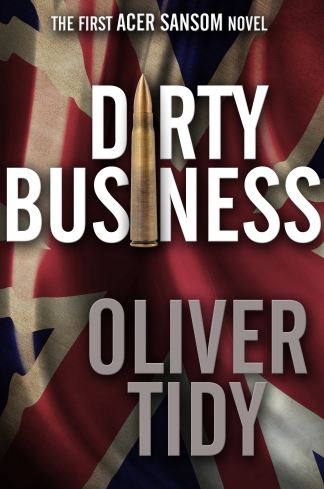 I recently tried a Facebook ad campaign with Dirty Business. It cost £42 and ran for a week. It was the first time I’d tried a FB promotion. The book almost got into the Amazon Top 100 free books. There were other factors at play that would have influenced the chart position: the book had just become free, I was posting and Tweeting about it and so were online friends. Thanks, all.

The book is back into free fall down the charts now. At the time of writing it sits at #469, and that’s only a couple of days after the FB promotion finished.

I can’t say that I’ve noticed much in the way of knock-on sales for the rest of the series, which was the main reason for dropping the price of the book to free in the first place.

Would I consider a FB promotion again?  The FB stats indicated that over the 7 day ‘campaign’ period the promoted post, which advertised the book as a free download from all major e-book retailers, reached 4340 FB users. From those there were 170 post engagements, whatever that signifies. Not a great return, so I don’t think I’ll do it again anytime soon.

On Monday Dirty Business is being included in a Bookbub mailshot. Bookbub are THE book promoters. They have a huge mailing list. It cost me $109 to get it listed with them, which doesn’t include the US market. I could have gone for that but Acer doesn’t seem to go down well across the pond and the cost of the ad would have been far higher, and Bookbub might have rejected my application if I’d ticked the box to include the US mailshot, and then it wouldn’t even have been going out anywhere. I just have to hope that Bookbubbers love a freebie as much as I do.

The last and only other time I ran a Bookbub promo was for Rope Enough (Romney and Marsh File #1). That did really well and there was significant knock-on for the R&M Files. Fingers crossed that Bookbub can do something similar for Acer.

At the end of last week I sent Cold Kills off to my proofreading friend. I’m happy with it. I got some good advice from a good mate that I tried to implement. One part of that advice that will stand me in good stead with all my writing is to always consider whether blocks of writing can be expressed through character dialogue instead of chunks of text. It does work a lot better, and speaking as as a reader I much prefer reading dialogue than blocks of text. I find them a bit of a turn off. The book is better for the adjustments. And five thousand words longer, even though part of my reason for working on it was to pare down the prose to make it more concise and punchier. I did do that, of course, but a few other things sprouted hitherto unrealised potential for exploring. That’s one of the good things about leaving a project in a ‘drawer’ for six months. Fresh perspective.

I adopted some other online writing advice I came across while editing: get rid of superfluous words.  It was suggested that the words: suddenly, obviously, clearly and the ‘f’ word can always be dropped without detriment to the writing. I ditched every single one of them and every sentence I pruned them from read better for it. I also have a couple of other words that are pet hates of mine, mainly because I tend to overuse them: just and that. I did a hatchet job on those, too. That just felt good. Damn! Felt good.

I’m heading back to the UK on Monday for a few weeks. Stuff unrelated to my writing life to deal with. Having finsihed with and sent off Cold Kills last weekend that gave me this week spare. B&C#3 is the next project on my list but I didn’t want to give it a week and then leave it for a few and then come back to it. I’m going to need to focus and concentrate on that book. So what I did was run with an idea I had for a short story – working title Femme Fatale. It ran and ran. I finished the first draft of about 20,000 words today. If nothing else it’s helped me get back in my writing routine after too long away from it. It’s also comforting, make that something of a relief, to know that I can still churn out a few thousand words a day when the mood takes me.

14 thoughts on “Prose and promos.”