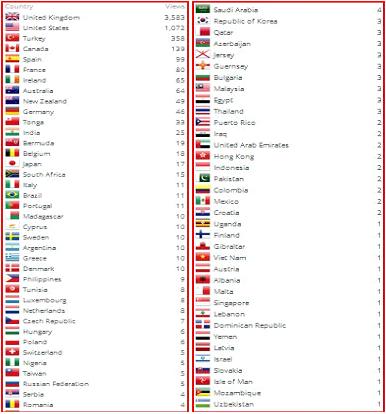 I’m going on holiday tomorrow. I’m going back to the UK for five weeks. I heard that. Before you say anymore, I’m a teacher. I deserve it. Don’t believe me, try it for yourself, or ask someone you know in the job. Flipping energy-vampires. I’m knackered. And don’t forget I’m an author too. And a dad of a two year old with so much enthusiasm for life he makes Forest Gump look like a couch-potato.

This will be my last blog-post until I return to Istanbul in August. I’m having a break. I’m making that decision now so that I don’t have to suffer the self-imposed pressure to churn out another instalment in my spluttering attempts to be an author of note. (Yeah, I’ve cranked it up. I want to be an author of note now [whatever that means. Some other woolly term to trouble my sleep patterns.] not just an author. One thing that I’ve learned: in this day and age anyone can be an author.)

So this seems like a good and timely opportunity to look back on my first six monthish as a self-publisher. A bit of stock-taking as in taking stock. And please remember: this blog is essentially an on-line diary of my experiences as someone trying to make it as an author (now of note), so a six month review of how things have gone so far doesn’t seem too self-indulgent. If it does to you, you know where the delete button is.

It all started here https://olivertidy.wordpress.com/2012/09/30/stage-1-completeish/?preview=true&preview_id=3&preview_nonce=b4206811ff&post_format=standard

In early-December, 2012. I uploaded Rope Enough to Amazon and Smashwords. At the end of that month Making a Killing went up on both and in mid-January of this year Joint Enterprise joined them.

The following figures are only for Amazon UK. (The books just haven’t taken off at all across the pond. Perhaps British police-procedurals aren’t their thing. Perhaps Amazon was kinder to me in the UK by putting my books on some lists to get them noticed.) I’ve already established that I don’t do much self-promotion. Smashwords, as I have blogged, could not hold a cheap tallow taper to Amazon for me. I’m sure Smashwords works better for others.

It’s really worth repeating that if Amazon had not price-matched Rope Enough – The First Romney and Marsh File to free then in all likelihood I would still be getting download figures each month in the tens. To illustrate that, February was a typical month for me for downloads: Rope Enough 8, Making a Killing 4, Joint Enterprise 2. March was a little more encouraging but the figures were influenced by my KDP free lisiting days for Making a Killing, which I had enrolled in KDP Select. After the price matching in April things really started happening. The vast majority of the downloads have come in the last three months.

The cover art cost me £100 a book. And that’s the only financial outlay that I’ve had to make.

I’ve got into blogging, something that I’ve really enjoyed. I’m as fond of my blog as I am any of my books. I tweet, but I’m less enthusiastic about that – too much noise. It’s like whistling in a summer dawn chorus.

I failed to win a place on the CWA Debut Dagger shortlist, something that I’m not embarrassed to admit I really wanted, had set my heart on and truly believed that I had a chance of.

I haven’t been idle. I have not been resting on my Romney and Marsh Files’ laurels. I have three other full length novels that are in various stages of the editing process. I have a hard-drive of ideas. I’m soon going to start the fourth Romney and Marsh.

WordPress stats tell me that my blog has been accessed by people from seventy five different countries, or places on earth that have their own flag. (See image above with a magnifying glass. I did my best.) That is an amazing stat. A great number of those people, I know, have either read a Romney and Marsh File or been scouring the Internet for information (let’s be honest, probably pictures or videos) on ‘Female Ejaculation and Gay Men’, one of my more popular blog-post titles. Were they disappointed? How I laugh every time I see another hit of that gem on the stats. https://olivertidy.wordpress.com/2012/10/09/female-ejaculation-and-gay-men/?preview=true&preview_id=217&preview_nonce=27aee416c5&post_format=standard

So what’s been the best thing about this good start that is my foray into self-publishing? People actually. Or more precisely readers. Or more specifically readers of the Romney and Marsh Files who have taken the time and trouble to get in touch and let me know what they think of the books. It hasn’t all been good. But it’s all been valuable and gratefully received. Amazon comments, comments on the blog and private emails. I have been truly bowled over by the number of readers who have contacted me to say something about the books. I’ve had some wonderful, meaningful, and useful exchanges. I’ve learned a lot. I’ve made some virtual friends. (Anyone who actually knows me is going to think that I’m either drunk or dying after reading that. I have more in common with DI Romney’s misanthropic side than I might have previously owned up to.)

If I hadn’t taken the decision to self-publish and be damned my three Romney and Marsh books would be still be skulking in the bottom of my wardrobe, under the bag of odd-socks, and I would have denied myself one of the most truly enjoyable episodes of my life.

Regrets? Not a one. I’m looking forward to the next six months.

Here’s wishing all the Romney and Marsh Files’ readers a great summer. Thank you one and all. (Even you Suzi.)

10 thoughts on “So far, so bloody brilliant!”